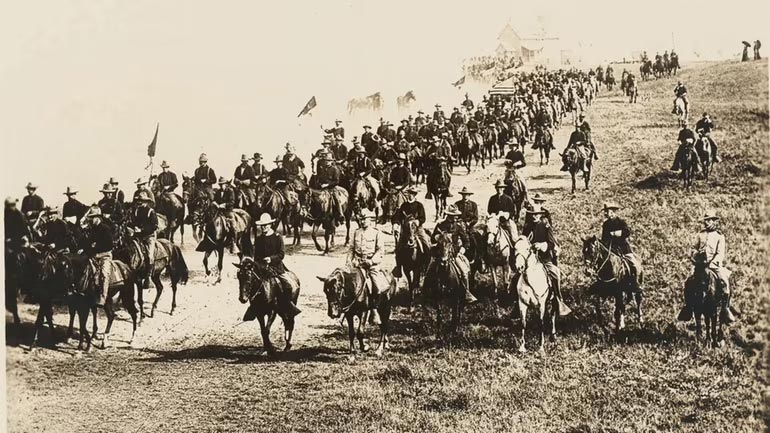 Col. Theodore Roosevelt is seen riding with the Rough Riders at Camp Wikoff in Montauk in 1898.
Credit: Houghton Library, Harvard Univer/Underwood and Underwood

There’s a songbird sanctuary named for the 26th president about a mile south of Sagamore Hill.Farther west, in Oyster Bay village, is the old train station that he used when visiting from the WhiteHouse.

In Suffolk County, Roosevelt spent time at his cousin’s estate in Sayville. Farther east, Lt. Col.Roosevelt and his Rough Rider Regiment recovered from tropical diseases, fatigue and malnutrition
at Camp Wikoff in Montauk after the Spanish-American War. 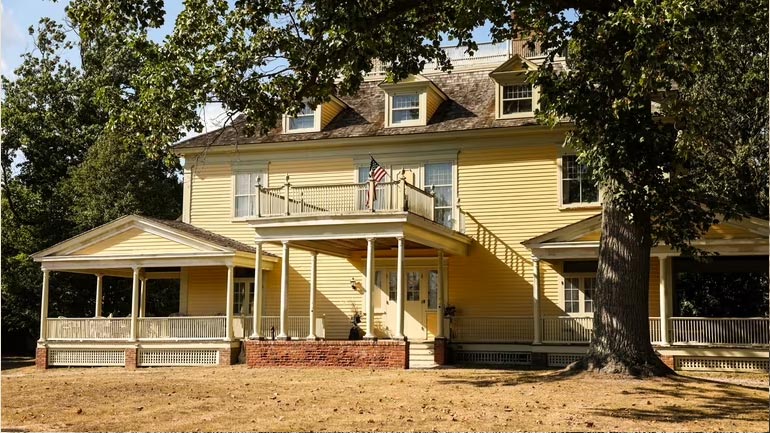 Making tourists aware of these lesser-known sites is the aim of an augmented reality app to be developed at the behest of the Robert David Lion Gardiner Foundation Inc. The app, to be built overtime, will be available on
smartphones and other mobile devices, according to foundation officials.

Introducing tourists “to all of these Teddy Roosevelt sites will hopefully give them an appreciation of his role on Long Island beyond just the immediate Sagamore Hill story,” said Kathryn M. Curran, the foundation’s executive director.

The tourism app recently won a $175,000 state grant. It was among four local projects to share a total of $377,500 from Market New York, a tourism promotions initiative.

Tourist spending in Nassau and Suffolk counties totaled $5.3 billion in 2021, according to the research firm Tourism Economics.

The other recipients of state tourism grants are East End Food Institute, Museum of American Armo and Southold Historical Museum.

Curran, of the Gardiner Foundation, said the state funding will be used to publicize the TR app, which will cost about $500,000 to launch. Participating historic sites will likely charge a usage fee, she said.

The TR app is the foundation’s latest foray into augmented reality, which began in response to history museums being shut down in 2020 to slow the coronavirus’ spread.

“When [tourists] go to the [historic site], we can bring it to life with storytellers” discussing what is being viewed, Curran said. “This is really engaging to a much younger audience who understands the avatar experience of gaming.”

The app also could lead tourists to explore exhibits not related to the youngest U.S. president, according to two officials whose sites are part of the project.

Mia Certic, executive director of the Montauk Historical Society, said it will showcase Camp Wikoff, but also include the Montauk Point Lighthouse, where Roosevelt signed the guest book; Ditch Plains, where he took a dip in the ocean; and Fort Pond Bay, where the Rough Riders disembarked from Cuba on Aug. 15, 1898.

Camp Wikoff was hastily constructed after the federal government ordered soldiers who had fought in the 100-day Spanish-American War to quarantine before returning home. The camp operated for two month and about 300 men died there of malaria, yellow fever, typhoid and dysentery. 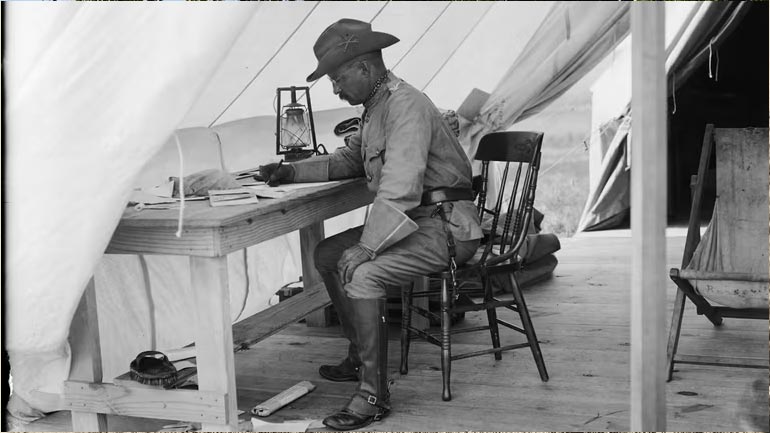 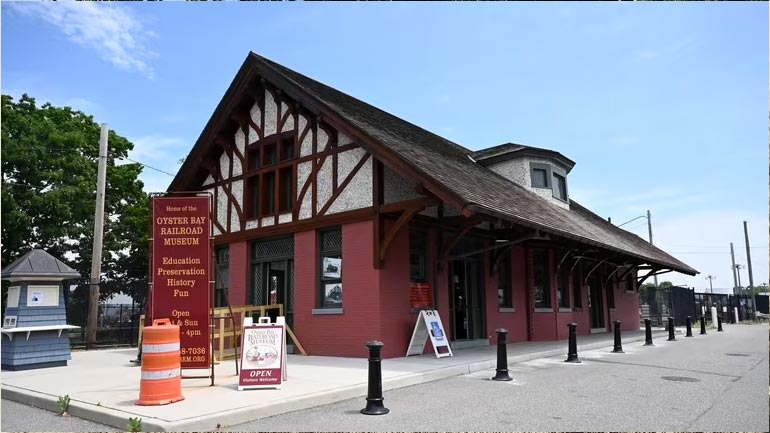 The latter is housed in the village’s former Long Island Rail Road station, which closed in 1999. The station opened in 1889 but was enlarged when Roosevelt was president, according to museum president John Specce.

“We have photos of Theodore Roosevelt on the platform of an observation car, giving a rousing speech to the populace,” Specce said. “When he came in or left Oyster Bay, people would gather at the station to either greet him or wish him a safe journey. It was quite an event.”

BEYOND SAGAMORE HILL
The augmented reality app will highlight four sites with ties to Roosevelt.